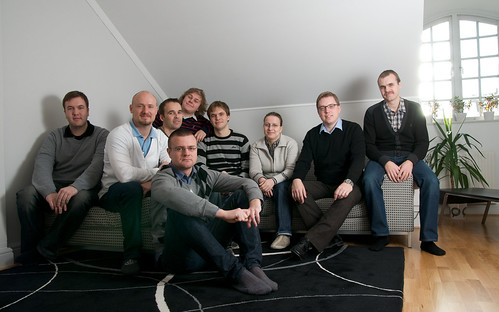 Twingly is one of the top 7 Internet companies in Sweden, according to a study co-published by Swedish weekly magazines Ny Teknik and Affärsvärlden (“New Technology” and “BusinessWorld” in English) . The study lists the top 33 hottest technology-driven companies in Sweden and seven of them (including Twingly) have their primary businesses on the web. The study does not give a ranking among the 33 companies.

It was very brisk this morning, far too cold to be comfortable this late in spring. But the sun was still shining down from a bright blue sky! Ny Teknik (one of the very few magazines that I subscribe to the paper version of) arrived to my door confirming the news that Twingly are among the top 33 hottest tech companies Sweden!

The top web companies in Sweden are according to the study (in alphabetical order):

Out of the 33 companies, about 23 have external financing summing up to 1,2B SEK ($150M USD). Adjacent to the study, several of the VC companies were also interviewed, most of them stating that they currently have limited activity in early-stage financing. Twingly recieved Series A financing from Servisen in 2007.

The other 26 top tech companies are (in alphabetical order):

It is an absolute honor and thrill to be selected among the top tech companies in Sweden. Although we’re not even half-way to accomplishing the technology and user-value we envision, receiving this kind of recognition always gives a great feeling!