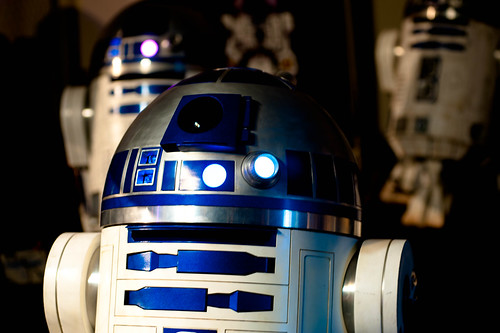 With 2012 looming ahead and it’s pending tinfoil-hat apocalypse, it is time to review our predictions for 2011 from one year ago!

As it turns out, we had 5 hits and only 2 misses, of which one was a close miss. Not a bad score at all! Stick around for our upcoming predictions for 2012!

Google buys MySpace
Nope. Nu-uh. Well, kind of close. MySpace was acquired, just as we predicted. But not by Google but by a small ad network called Specific Media with Justin Timberlake as one of the financiers. For a meager €35M, setting NewsCorp back just over half a billion dollars compared to what they bought the website for in 2005. Although in between, they did sign an advertising deal with Google worth $900M, so perhaps it ended up about even.

Everything goes mobile and local
Nailed it! It is even so obvious that our reaction to this now was “huh? was that really a prediction for 2011, it feels as if it happened waaay earlier.” Everything will keep going more mobile and more location based. Facebook check-ins are now mainstream, and all the big Internet companies are thinking mobile first in their strategies. It is not without cause. According to our upcoming predictions, smartphone adoption will be the strongest driving force for Internet penetration all over the world in 2012 and beyond.

Tablet newspapers will find success if they include content from several newspapers
Well, no. The experimenting goes on although straight-out success is hard earned. So far we haven’t seen anyone really nail the right format for reading newspapers on the iPad. Er, sorry, tablets. It’s easy to forget there are multiple vendors in the tablet space, you don’t see many others around as of yet. Galaxy Note is the sexier one among the iPad competitors with a very slim form factor and capable feature set.

Facebook launches Facebook phone
Nailed it! Even though it has not yet seen the light of day, Facebook is leaning so heavily towards mobile that they are even planning to release their own hardware.

Facebook watches LinkedIn IPO
Nailed it! Also, 2011 became the most intense IPO year in a long time. And yes, Facebook is getting there real soon.

Realtime commenting will be everywhere
Nailed it! Facebook comments are now everywhere, realtime and social. When we comment in many blogs and newspapers, the comments are also displayed in our timelines inside of Facebook, driving our friends to the content we commented on. But also moving the conversation into Facebook and with that much of the pageviews/ad revenue otherwise generated by users refreshing comment threads.

Gowalla pivots like crazy to try to catch up with Foursquare
Nailed it! Gowalla was reborn in September 2011. Sad to say, the pivot really didn’t help anything but the companies downward spiral. The founders decided to shut down the company and accept gratuitous employment offers from Facebook.

With as much as five bulls-eye hits, one close miss and only one completely failed prediction, we are all out happy with the results! Let’s hope we can do as good for 2012!