Wow, what a year full of laughs, hard work and a lot of new friends. To summarize the year, we did just like last year – a resume based on some of the blog posts from our blog archive. Enjoy!

Januari
We recognized that Twitter was taking some big steps towards mainstream in Sweden, we launched our popular Microblog Search and we got our first customers in Germany.

February
We attended two microblogging conferences in Sweden and Germany, listened to Chris Anderson and wrote about why social media search matters. Unfortunately we also had some trouble with our servers.

March
Ica launched our new product Blogwatch, Björn Jeffery and Niclas Heurlin joined our board of directors and we where among the 7 hottest web companies from Sweden.

April
Lavanguardia and Handelsblatt wrote about their experiences with Twingly and we shared Twingly’s vision for our products for newspapers, tv and magazine websites. And we had an April fools joke that we still can laugh at here at the office…

May
A great month in many aspects and especially when it comes to new Blogstream Partners. Some of the new partners where Ionline.pt, Ving.se, Freitag.de, Göteborgs-Posten and Vårt Land. We we’re also named as “IT Challenger of the year” in Sweden by Veckans Affärer and Martin wrote a great blog post about entrepreneurship.

June
We announced Project Shinobi and the launch date of it. Martin, Björn and Niclas went to Reboot11 and made a wonderful video. New partners where BBC, iMente and TCO-tidningen.

July
Summer! Many of us where on vacation but we did talk a little bit more of Project Shinobi (and coded a lot…), Svenska Kyrkan used our widget on their campaign site and Drytrend.com become a new partner.

August
Stadium.se and LR-Online.de was two new partners launching the Twingly Blogstream widget and Judith Wolst wrote a great guest blog post for us. We also went to the archipelago in Southern Sweden and presented Project Shinobi to the web 2.0-people in Sweden at Sweden Social Media Web Camp. 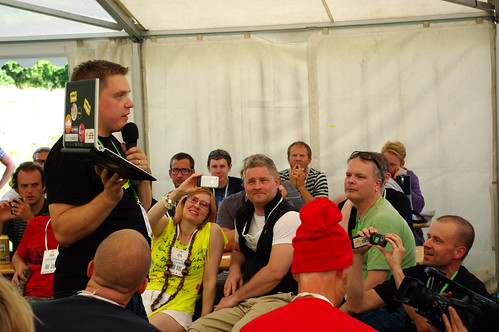 September
Not far from the launch of Twingly Channels (earlier mentioned as “Project Shinobi) the 1st of October and we finally told everyone what it was all about. We got a new partner in Portugal, Maisfutebol and we worked harder than ever to be able to launch Channels in October.

October
THE month! We launched Twingly Channels, and went to BlogWorldExpo to meet with international bloggers. We also got some new partners, and developed a top list of Channels after your great feedback. Thanks a lot everyone involved for the help before, during and after the launch!

November
We launched Twingly Live, had a great guest blogger in form of Marit Woody, Poker.se and some other became new partners and the Swedish EU Presidency started to use Twingly. We were also nominated as one of The Rising Stars of the North by SIME. Even we still where a little bit exhausted after the Channels launch, we find the time to also make som improvements for it.

December
Twingly was awarded as one of the Top 10 international web products of 2009 by ReadWriteWeb. Sponsored realtime services for media websites became a new business area for Twingly, we predicted what we think will happen on the realtime web 2010 and Anja told us a wonderful little story about social media charity. Fritidsresor.se, Topleague.co.uk and TVI24.pt became new Blogstream Partners.

Thanks for a great year everyone. Now lets make 2010 to another top notch Twingly year!